Rising to the Top

And so it begins.

We’ve had our Halloween, our Media Days, and our hayrides. Now it’s time for the main event. College Basketball season is here, finally. It didn’t get here soon enough. Many of us plan our entire year around ‘the season’. Some of us schedule the rest of our activities around the goings on in the college hoops world. Some of us need ‘real lives’.

On November 16th, the Jays kickoff the 2008-2009 Basketball season. This season, with all of its’ promise begins, like many of its’ predecessors, full of optimism and hope for a bellwether season of acclaim, accomplishment, and success. The Jays have garnered their share of the pre-season hype (while generally being slated in the 40’s in the various top 50 lists) have been deemed one of the teams to watch and have been pegged in the top 30 teams by a couple of pre-season ratings mags. Enough of the talkin’ – it’s time to Play.

On the surface of things the Bluejays schedule appears managable enough. The players have all committed to self improvement, working hard, and achieving bigger team goals, and coach DA and staff will do their standup job of managing expectations. It has all the makings of a great year. But with it all – the hype, the expectations, the new beginnings, the positive developments, the new recruits – everything, something feels lacking. Something is missing?

In years past, I’d go to Beal’s – get a slider and a bowl of chili – talk with Howard, the Chief, and Sonia. We’d discuss the news of the day, tell a few lies with the Law School students, listen to some oldies music on the Juke box – and make sense of things. God, I miss Beal’s – life was simpler then (or so it seemed). I’ll get back to ya’ on this point…

A few of the faithful have predicted 24-26 W’s for the regular season. I am among that pocket of Jays fans. Most others think less…surprisingly not a lot of pre-season predictions this year. To be continued… 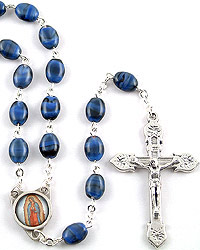