The Jays Volleyball Team is ROLLIN’… down in Texas where Everything is big, the Bluejays are playing Large, like a team on a Mission!  Coach Booth’s squad is leading the NCAA’s in several categories, and though facing both ranked and seeded opponents the Bluejays are toughing out wins, seemingly like an assembly line.

White and Blue Review’s excellent coverage of the Jays in Texas: http://whiteandbluereview.com/creighton-rolls-into-the-elite-eight-with-a-come-from-behind-win-over-12th-seeded-michigan/  Omaha Press and TV couldn’t make the trip?

Creighton faces 4th Seed/#5 U Texas (the host team in the regional) tonite in the Elite Eight. Survive and advance.

Here’s a look at the final stats from tonight’s five-set victory over Michigan as Creighton advances to the Elite Eight! #GoJays #NCAAvb 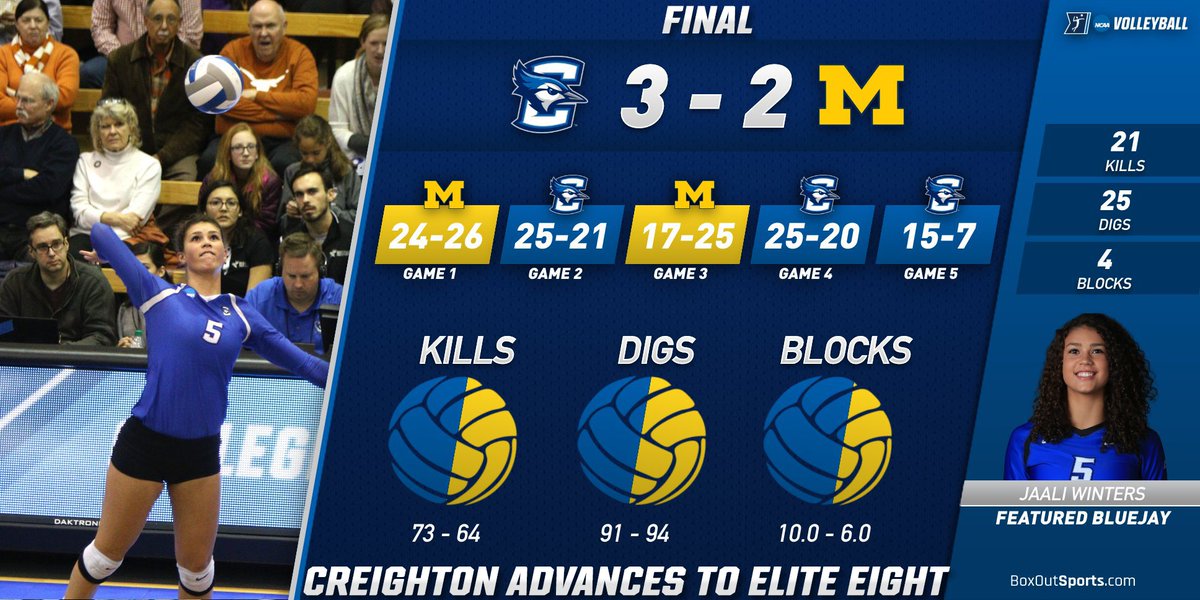