There is an old, but ongoing discussion on Creighton boards as to the efficacy and wisdom of aiming high in recruiting.  Some say “shoot for the stars” (including yours truly) and many say “be realistic and shoot for the ones we can get”.  Amongst the star shooters are those who submit that since we are in a major conference, targeting top 50 recruits is part of the territory and within our range.  The realistic camp says don’t waste time or resources on kids in the top 50 (we can’t realistically get) and concentrate on the 50-150 range of recruits, where we have had some successes.  Creighton is notable for early identification and evaluation of talent.  As such the Jays often get in early on prospects before they “blow up” into national recruits.  Getting in early does not often result in getting commitments, but it does get the brand noticed on a national level.   It should be noted that Alexander was a top 50 recruit when we signed him and Patton became a top 50 guy after we signed him .  I submit that top 50 recruits are not out of reach for the Jays.

The current 2020 recruiting list from Creighton Rivals has 23 targets on it.  The White and Blue Review list has 46 targets, of which 27 are major recruits.  14 of the Rivals list are in the Rivals Top 150, although several WBR notables are not included on the Rivals list.

The aim high group and I submit that it takes no more time or effort to recruit top 50 kids as it does the 50-150 group.  The fact that CU successfully evaluates and id’s kids early also means that we are “in on” some of these elite kids from the very beginning.

Exp:  Creighton offered current #20, Rivals 5-star Isaiah Jackson back in November 17, 2017…Well before he began to “blow up” into the star he is today.  As such, Creighton is still in play with Jackson as he begins to narrow his list of schools.  We saw yesterday that CU is amongst 6 schools with his interest.  He has yet to take any visits and that will tell the tale as to who he is serious about. 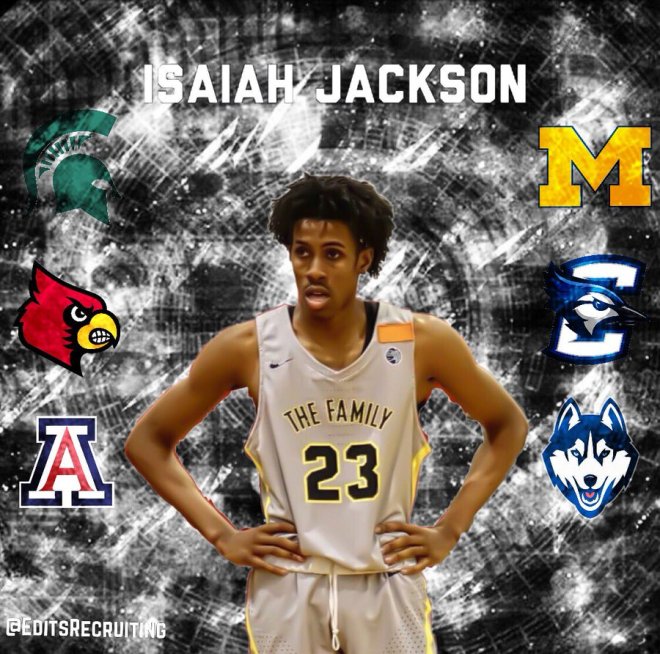 Again, I submit that top 50 recruits are not out of reach for the Jays.  Although rare to date for a Creighton to snag top 50 kids, it is bound to happen as CU is excellent in identifying talent, currently has several key open billets for top talent, plays in a major conference, and style-of-play is excellent for prepping guys for the pro game.  Creighton has successfully put 5 guys in the current NBA, 2-3 more in the NBA’s summer league, and up to 10 players to overseas pro teams.  Talent looking to play immediately and make a difference have taken notice and could well decide to give the Jays a try.

It came as a surprise to some Jays fans that Jackson expressed interest in CU.  Elite talent and so-called O&D’s (Isaiah Jackson, Zaire Williams) will give the Jays consideration given the criteria in the paragraph above.  But it should not come as a surprise given the elite level of evaluation given recruits by the Jays coaching staff.  Elite talent could do much worse, sitting behind 1 to 2 layers of players ahead of them at so-called elite teams.  It’s just a matter of time before Creighton begins to reel in some of the annual cream of the crop recruits.  It’s just a matter of time before CU becomes another new destination university like Auburn, LSU, W. Kentucky, and Tx. Tech…just a matter of a little time.