All the Usual Stuff

Much love being shown to Seton Hall this year as they are the pick to win the conference.   Villanova and surprising Xavier are picked 2nd and 3rd.  I would have guessed Marquette (4th) or Creighton (7th).    Providence also a surprise at 5th, ahead of Georgetown and Creighton.  Butler, the Johnnies, and DePaul finish the list.

by a single point.

tied for fourth to round out the top-five. 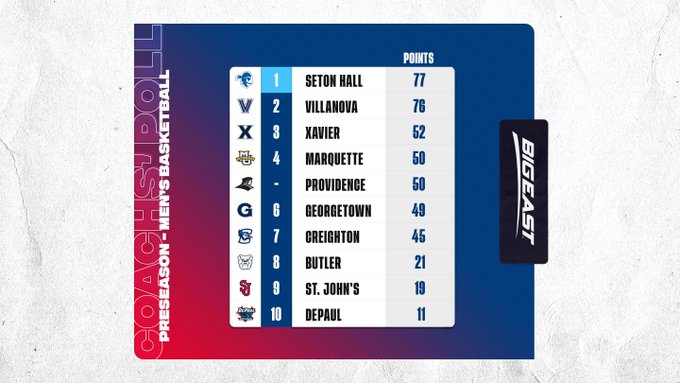 ) is the #BIGEASTHoops Preseason Player of the Year! 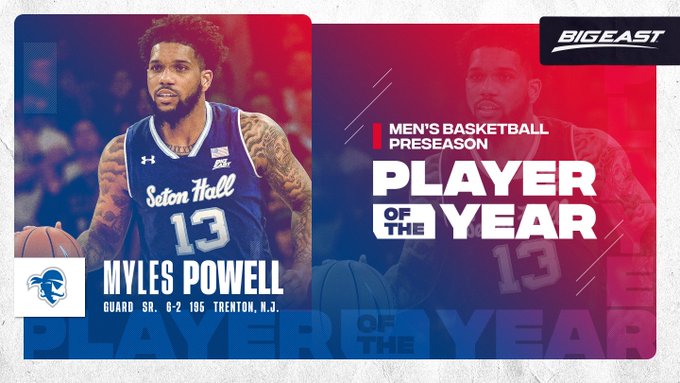 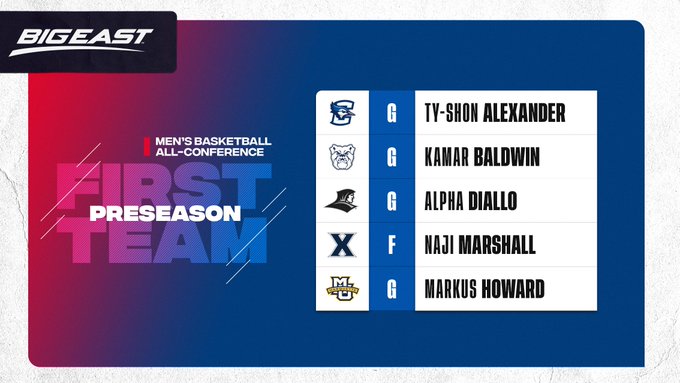 Well!  This is gonna spur a lot of debate, as though that wasn’t the case already.  Powell over Howard as PoY.  IMO could have gone either way.  However, the spoils generally go to the player on the best/better team.  So with The Hall predicted to win the conference, Powell gets the nod.
No Villanova player on the First Team All-Big East?  The Wildcats are picked Second in the league, but muster only two Second Team picks at 5th (Gillespie) and ? 6th (Samuels).  I didn’t know there were 6 second team picks also.  This seems to be a hit/slight towards the defending champions.  I would have placed one of the three; 3rd place Xavier, 5th place Providence, or 7th place Creighton 1st team picks on the 2nd team.  No need to guess which one, probably Diallo.  Butler’s Baldwin is a good pick.
Villanova freshman center Jeremiah Robinson-Earl picks up the FoY.
Creighton:
The Jays are picked low again.  The Coaches seem to habitually pick Creighton in the bottom tier.  They have done so 4 time in 7 years.  Last year 9th, now 7th this season.  Fortunately the team and staff don’t generally listen to the noise and chatter.  CU has finished 3rd (ties) the last 3 years running.  In my August predictions I have the Jays 3rd again…hedging only due to the questions regarding pivot players.  With a healthy team Creighton can win the conference.
https://www.omaha.com/creighton/blog/big-east-coaches-pick-creighton-seventh-in-league-s-preseason/article_d22a9dee-d8a6-5acf-a301-d67a5fc29ed7.html
Jon Nyatawa