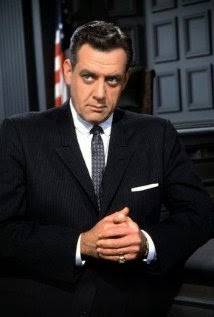 This past season, coach Greg McDermott and his Creighton Bluejays won 27 games and lost to the Baylor Bears in the NCAA 3rd Round. This was a Bluejay team many felt deserved an opportunity to play deep into the NCAA tournament, having one of the top teams in offensive efficiency and scoring.  A team featuring a star offensive player, in (then) 2-time concensus AA Doug McDermott and a veteran led supporting cast.  A team that challenged the old guard contingent in the revamped Big East conference.

The Bluejays had a number of good wins that kept them in the national spotlight and maintained them in the Top 25 rankings. Creighton swept the eventual Big East champion Villanova Wildcats convincingly and split with contenders Georgetown, Providence, and St Johns.  The Jays followed up by making a good run in the BE Tournament, only to lose to a hot Providence team in the championship game at MSG.

In spite of the addition of two strong recruits in Top 150 combo forward Leon Gilmore of Texas and wing Ronnie Harrell, of Denver, CO; ESPN’s No. 71 player in the country, many media prognosticators have derided the Jays.  Most have spoken in terms of rebuilding or worse, picking the Bluejays anywhere between 6th and 9th in conference preseason predictions, and nowhere close to the Top 30 in the rankings.

Doug McDermott is set to play for the NBA’s Chicago Bulls. There is no doubt that CU will miss the 6-foot-8, all everything, forward’s ability to get in the lane or on the perimeter and make plays. However, the Bluejays should still challenge for a Big East conference championship. Here’s why:

The defense is getting better

Greg McDermott is one of the best offensive coaches in the country, but he also does a credible job teaching defense too. His teams keep the ball in front of them and do a great job of contesting shots. He has a deep, athletic roster that does not get split and keeps the ball out of the lane and paint. They have been technically proficient and are now physical enough and have good length with big wings and big-bodied frontcourt players.

In 2013-14, the Bluejays were 159th in the country in defensive efficiency. They started well in the non-conference, but it seems the defensive efforts wore down over the course of the season. They held their opponents to 68 points a game and to 42.6 percent from the field. They did a good job of limiting their opponents to one shot and held a plus 2.3 rebound advantage per game. The Jays were poor in offensive rebounding, steals, and blocks.  Having the best/most efficient offense and the best 3pt shooting team in the country explains much of the lack of offensive boards. As a defensive team CU didn’t attack passing lanes, exert pressure, or seek to intimidate opponents in the paint.  That will change this coming season with the additional emphasis on defending and rebounding by a more athletic group of Jays.

The offense is top notch

The Bluejays lost their two leading scorers in McDermott and Wragge (and 2 others who each scored 7 ppg). Of the returnees only Austin Chatman scored more than 7 ppg, both he and Devin Brooks shoot 42 percent from the field. Chatman also shot 39% from 3-point range and has a 2.6-1 assist-turnover ratio. Will Artino is a mobile post player who shot 67% percent from the field, grabbed 114 rebounds and had 12 blocks, in limited action.  Backup center Zach Hanson also shoots at a 68% clip.  The Jays shoot 75% as a team from the FT line.  Creighton has developed a winning culture over the last 20 years.  These guys only know winning.  They too will win.

CU has a deep and versatile lineup. This past season, 8 players logged at least 13 minutes per game, and four of those 8 return this season. Despite losing Grant Gibbs and Jahenns Manigat to graduation, CU still has a deep backcourt. Senior Austin Chatman (30 mpg) is an important player for the Bluejays, but he’ll have plenty of help.  Joining Chatman in the backcourt is senior Devin Brooks (16.6 mpg), redshirt junior James Milliken, sophomore Izaiah Zierden (10.9 mpg, 3.2 ppg, 6.5-1 A/T), and ESPN Top 75 recruit Ronnie Harrell. Zierden showed signs of growth toward the end of 2013-14 and the sophomore should develop into an impact player for the Bluejays in 2014-15.  Milliken, a former #14 Juco (JucoJunction), redshirted due to the unexpected return of 6th year player Grant Gibbs.  He is a prolific scorer who has learned the system and gained in comfort during his sitting out last season. Harrell is also expected to contribute immediately as a scorer and facilitator. 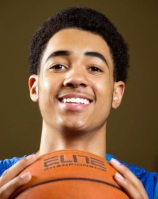 Courtesy: Creighton Sports Media, White&Blue Review
Joining mobile, 6 foot 11 senior Will Artino (13.1 mpg,7 starts) up front will be backup centers sophomore Zach Hanson (68% FG) and junior Geoff Groselle (76% FG).  Both averaged meager minutes due to Creighton running a small lineup for the vast majority of the season.  Both are promising and should benefit from greater minutes. They averaged 4.3 points and 2 rebounds in a combined 8.5 minutes per game in 2013-14.  The 6 foot 9 Hanson has the potential to be more of an impact player this season. Recent reports are that true 7-footer Groselle is the healthiest he’s been since arriving on the hilltop 4 years ago (and had a very good summer showing).  RS frosh Toby Hegner and true frosh Leon Gilmore will split time at the 4.  Both had good showings in summer leagues.  Senior returnee Avery Dingman (14.3 mpg, 7 starts) will share the 3 spot. 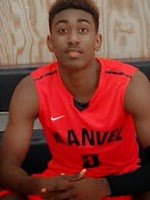 Courtesy: Creighton Sports Media
Joining the nine returning players will be 6-7 Ricky Kreklow, a fifth-year transfer, walk-on, from California Berkeley. Kreklow is a wing who played in 24 games last season, starting 17 of them.  He averaged 23.7 mpg, 5.5 points and 2.6 rebounds per game and shot 33 percent from 3-point range, when healthy, for the Bears. Kreklow will provide additional leadership, experience, defense, and potentially scoring at the SF.  Kreklow has the capability to be an effective scorer in Coach Mac’s system.

While Hegner and Harrell are primarily finesse players, Brooks, Milliken, Kreklow, and  LG3 thrive in physical, in-your-face contests.  The sort of games expected from Oklahoma, Nebraska, Tulsa, and in Big East conference play.  I expect the Jays to be stronger and tougher as the season progresses. Both frosh should exceed national freshman averages.  LG3 has a rugged game, a Div1 ready frame, and should see more playing time at the 4, while RH25 is an excellent finesse shooter, with very good handles, and will make the most of his minutes.  Both are able and ready game contributors for this season and could be game-changer’s by season’s end.
Two additional excellent, top-tier transfer players, sophomores Maurice Watson (PG) from Boston Univ. and Cole Huff (Combo Forward) from U of Nevada, are sitting out the 2014-15 season per NCAA rules. 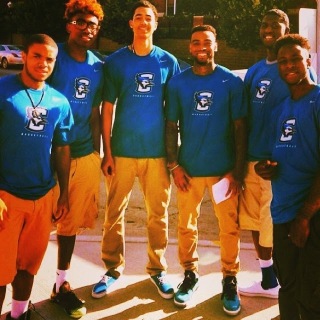 Courtesy: Instagram: The Fellas – Reece, LG3, RH25, Jmilli, Cole, Devin
Wildcards
The Jays have an unusually high number of wildcard players due to the return last season of both McDermott and Gibbs. These are the 2 redshirt players, one 5thyear transfer, and a healthy 7-foot Geoff Groselle.

Junior Geoff Groselle, 7-0/240 Ctr – Geoff is finally healthy, having battled several nagging injuries over his career on the Hilltop.  He tutled under former Jay Gregory Echenique for 2 years, which should pay dividends this season. The true 7-footer is figuratively and literally, the biggest wildcard player and will be a frontcourt boost defensively.  I expect 4-6 ppg/6-8 rpg/2 blks/4 alt shots from Geoff. He could evolve into a late season/Post-season starter.
CenturyLink Center Omaha (the CLink)

In just four years, Coach Greg McDermott has created a higher level of excitement since arriving in Omaha. He has continued in keeping the CenturyLink Center as the trendy place to be, as the Jays have averaged 26 wins/season on Greg’s watch.   The CLink Center is without question one of the best home courts in the country.  Last season, the Jays were 16-0 at the Clink and have an 18 game home win streak entering into this season.

Creighton has evolved into a top athletics and basketball program under the direction and vision of AD Bruce Rasmussen.  Soon to be working for his 4th university president, Rasmussen has transformed CU from a conference bottom-feeder (in the early/mid 1990’s) into a top flite program.  He hires top staff and coaches, provides the tools, resources, facilities, and then allows them the freedom and leeway to do their work.

Greg McDermott is one of the best basketball coaches at any level. Selected as #23 in this season’s ESPN Top 50 Coaches list. He has won at every level he’s coached at. But what’s most impressive is how he has been able to win.

McDermott has the ability to connect with players and get them to trust each other and play for the team’s greater good. He keeps things simple and, more important, puts players in position to play to their strengths offensively and defensively. He has shown the savvy to adapt to the strengths of his players talents. He has the ability to be both demanding and nurturing. Players are attracted to his pedigree, but also impressed by his ability to make them better.

Creighton fields a top program nationally, folks.  Coach McDermott has the skills, energy, passion, talent, and support to keep the Bluejays competitive — with or without the junior McDermott.  Expect to see the Jays contending nationally…every year. 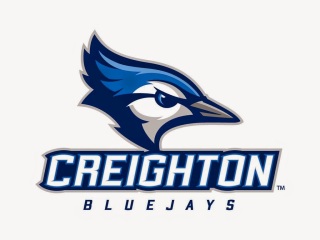