It’s show me what you’re made of time…

Maurice Watson goes down, for the season, during the war/win at Xavier.  Almost instantaneously the media talking heads, expert pundits, and a large contingent of our fans panicked.  The talking heads and experts promptly “sold” on all things Creighton.  For many creightonians the sky immediately began falling.

Creighton argueably has its’ best team in its’ 100 year basketball history.  Coach stated the Jays won at Xavier on “culture”. While that may be, hardly any team goes into the Cintas and leaves with the W.

Similar Bluejay PG injuries have occurred in the past, and derailed those Jays seasons. However, those Altman teams did not benefit from great depth those seasons.  Better talent flows up and down this roster, and though it is a given that Mo was our main engine, the Jays still have capable backups at the PG. True that none are Maurice Watson (Sr who is in line for AA this season), but our guys none-the-less are more than capable of maintaining the course and trajectory for winning the Big East and making an NCAA run.  Don’t expect wholesale change as Coach Mac has said we will continue running.

After hearing all the obituaries, gloom and doom, off handed complements, and the rest, Creighton Central…better known as the White and Blue Review just put out the definitive article today.  Thanks to Tom Nemitz and crew for sanity, an objective outlook, and balance.

Coach has said PG by committee tomorrow against Marquette.  This will be interesting and the whole darned country will have eyes on the Jays, many praying for a Big Stumble.  Not.

Davion Mintz is the heir apparent, and next in the line of great Point Guards at Creighton.  Roll Davion, roll.

I too look for Davion Mintz to claim the reins, grow & thrive as the season progresses. Davion is of North Mecklenburg HS Vikings (NC), Charlotte Nets AAU, and PhenomHoops.com pedigree.  He has a history of converting non-believers.  He has made a habit of flooring his doubters – with talent, skill, and winning!  Sure, he’ll make some mistakes, but Mintzy has the basketball IQ, intelligence, savvy, & talent to maintain this teams trajectory, and to continue on towards season goals.  Plus he will have the benefit of Mo and Kaleb coaching and counseling him as well.

AD Bruce Rasmussen and company have built Creighton’s program and Coach Mac and staff are adept at gameplanning, adaptation, and the basketball program will continue rolling.  (Jays had a flat, changed the tire, and continued rolling.) 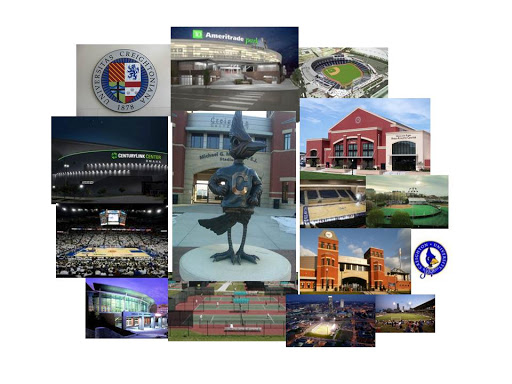