Over the last week I sent out messages to over 50 of the Bluejay faithful, 25+ from both boards.  Asking them who they thought would be our 2019 men’s basketball commits.

The Jays have well over 20 offers out on the table, including several top 50 recruits.  Recruits can be found via the BJB Recruiting page and the BJU recruiting Matrix.  Hopefully we get a good response from those queried. 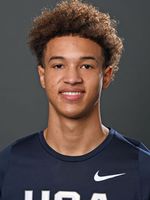 Results:  In a totally unscientific, random survey the responses were modest… aprox 20-25%.  The response rate probably was affected by who was doing the polling, as many probably ignored the request because I had sent it out.  Of those responses the following 2 recruits were the overwhelming prediction.  Zach Harvey-SG and Shereef Mitchell-PG.  Several others had a vote, including PFs Chris Koloko and Jeremiah Robinson-Earl, Ctr Kofi Cockburn, and SGs Sedrick Hammonds and Brandon Newman.

Harvey and Mitchell would be a good class.  I was surprised that no big received any considerable votes, but it is what it is.   gtmo