Stealth… surreptitious; secret; not openly acknowledged.  One of the many definitions of the word.  This recruitment of Rice graduate transfer SG Connor Cashaw, definitely fits the bill.  Nary a word…of his being on the market, nor his interest in/interest by Creighton.  Nothing on the blogs, the media, nada.  Until BOOM this morning.

Rothstein breaks the story this AM.

Cashaw averaged 15.5 points and 7.1 boards a game for Rice last year; his shooting percentages to get those 15 points aren’t amazing (39.8% overall, 31.9% from three) but the 7 rebounds a game, 40 steals, and positive assist-to-turnover ratio are hard to ignore. Good stuff.

Jays recruited him a bit out of high school, where he was teammates with Jalen Brunson. Great pickup this late — and way under the radar. There had been rumors swirling about him being available, and about CU being interested, for the last week or so but the staff managed to keep it on the super-secret-DL so no other schools tried to poach him. There was not one social media post, or media report, about him either being available as a grad transfer or about his interest in CU. No drama with pitting schools against one another, or list of final candidates, nothing. He visited over the weekend but the couple of people outside of the staff who knew about it were sworn to secrecy. A player of Cashaw’s ability, this late in the summer, would have had dozens of suitors if anyone but Creighton knew he was transferring.

Out of respect for his former school Connor Cashaw wanted to keep his recruitment under the radar. His desire to develop more as a leader was a big factor in why he chose Creighton. The #Jays needed that, too, with only one senior on the current roster. 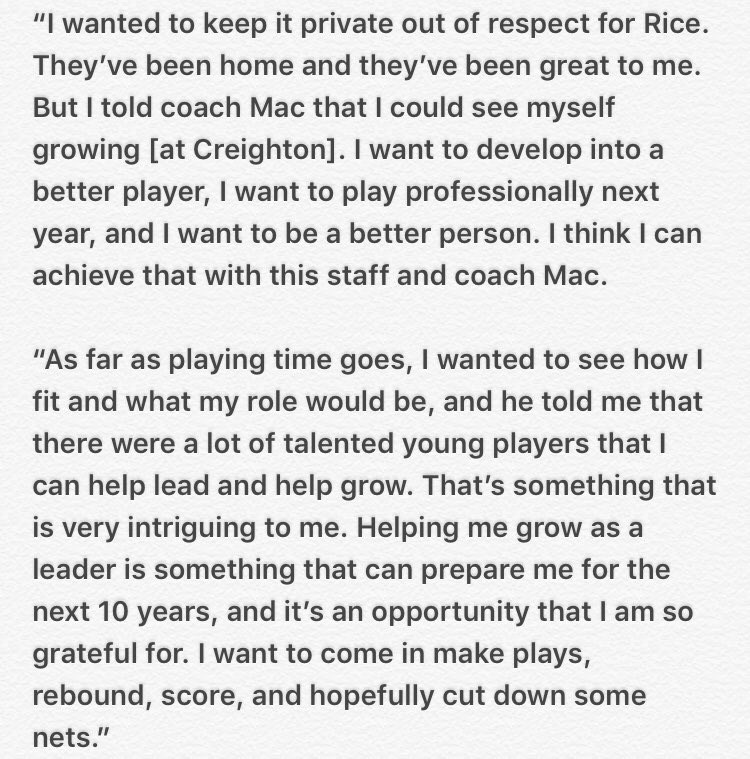 LE:  According to Loyola Ramblers fan Swellafelon, the Ramblers were also in the mix on Grad Transfer Cashaw.  He visited the Ramblers on Thursday, prior to his Jays visit.  Loyola has a 5 page thread on him…

There is a 5 page thread on Ramblermania discussing Cashaw’s recruitment predating any news of his commitment, if anybody is interested in learning more detail. The thread is titled “Loyola Coach Porter Moser on Lack of Respect”.
http://www.ramblermania.net/forum/viewforum.php?f=12

I know none of this matters anymore, but I just wanted to let Creighton fans know there was more to the story than what was related here.

A great summer pickup for the Jays.  With a bit of luck maybe 1 more…
PS:   Jays to face Boise St in 2nd Annual Cayman’s Island Classic in November.
http://gocreighton.com/news/2018/6/6/mens-basketball-to-open-cayman-islands-classic-with-boise-state.aspx
PPS:  Look who’s on Campus and in the gym already…the 2018ers.

Great to have these ⁦@BluejayMBB⁩ newcomers on campus this summer. Awesome first week of training in the bank! 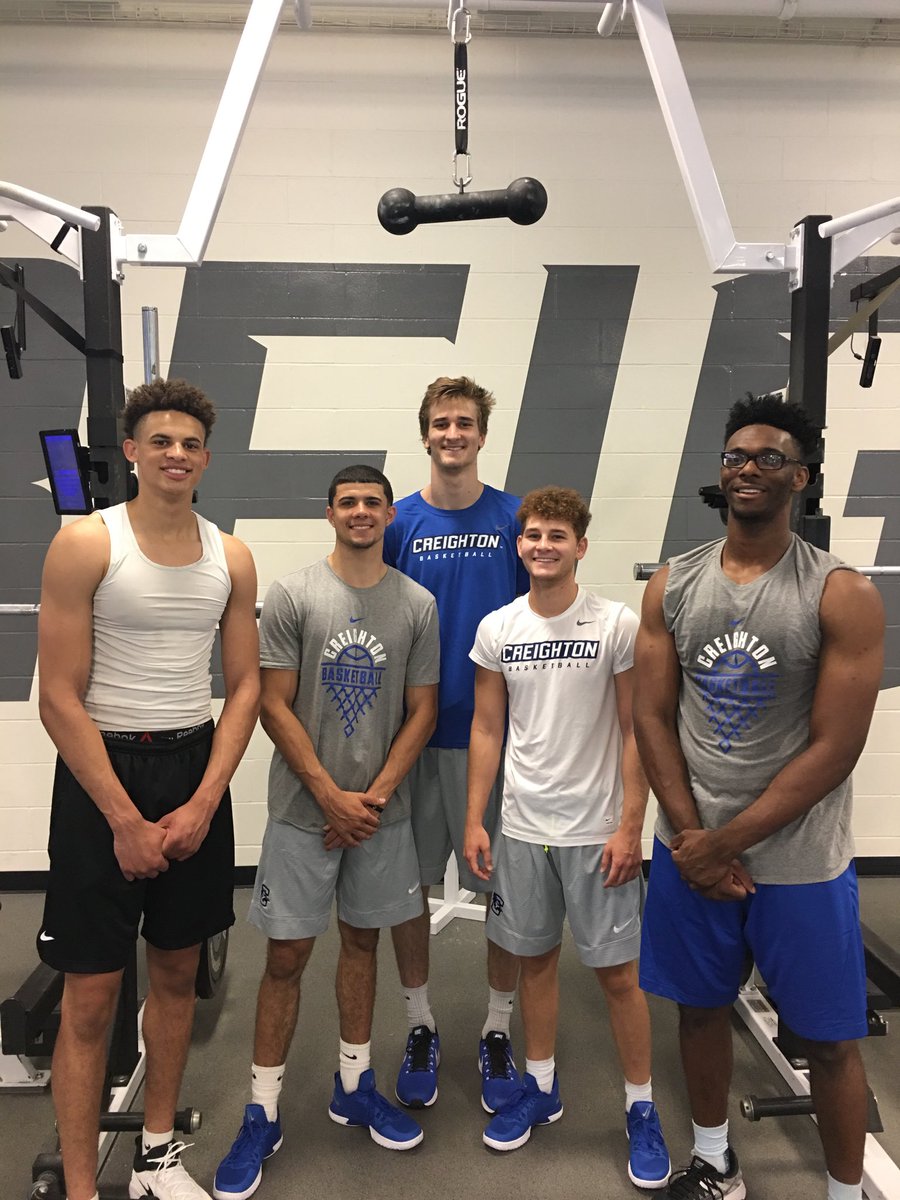