Creighton is back in the AP Top 25 after that big victory over Villanova. Jon Nyatawa looks at where the Jays land nationally in that poll, as well as some other computer metrics and bracketology: bit.ly/31mLnMp

The Jays’ recent surge has caught the attention of AP Top 25 voters.

Jays rejoin the AP Top 25 this week after their stunning upset of Villanova in Philly.  Creighton has now reeled off 4 straight wins after their loss at Georgetown on 15Jan20. 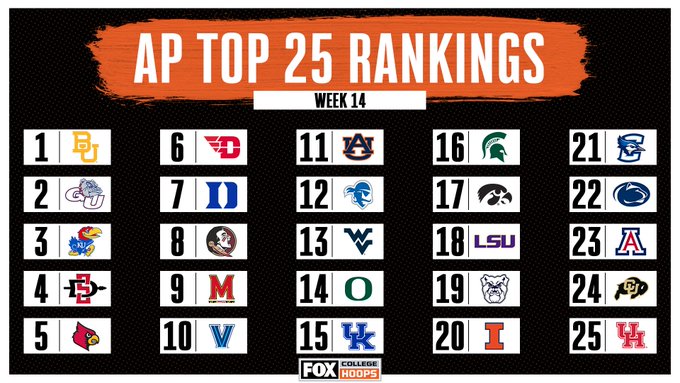 The Big East is different this year, and Saturday proved it.

Creighton’s upset win over No. 8 Villanova highlights wild Saturday in Big East basketball
The Big East is different this year, and Saturday proved it.

Jays played their best defense of the season according to many, including Jon Nyatawa and Coach Mac.  The Jays “Big 3” have been consistent all year and both Denzel and Damien Jefferson have come on strong.  The team is getting better by the week.
Jays sitting at 17-5 / 6-3 BE (3rd).  AP 21st / Coaches 22nd.  CU is also NET 14th/RPI 14th.  If ever there was a time to get on a roll…it’s Now!  The final stretch run…last 9 Reg Season games, with 5 at home – including the last 2 games.  Cranking out an end-of-season Creighton Run would finish the regular season correctly.

Icing on the cake – Jays workout at the Mecca of Basketball!