In the Big East ALL Games are BIG games.

Last Saturday our Bluejays (16-5/5-3) took a big step in the right direction.  They defeated the defending champion Villanova Wildcats, on their own floor, at the Wells Fargo Center in Philly.  That victory announced to the Big East Conference throngs that Creighton was legitimately in the hunt for this years’ crown.  Creighton moved into sole possession of 3rd place with the win, 2 games behind leader Seton Hall.  The future looked bright at 17-5/6-3 and in 3rd place.  On Monday the Jays were rewarded with Top 25 rankings in both major polls (AP-21/Coaches-22).

Two days later the Jays lost a winnable game at Providence College.  The Friars (12-10/4-4) are playing the spoiler role while scrambling to move up to steal a NCAA Bid and were favored at home (-2.5).  No game in the conference is a “gimmee” – all are tough contests.  Everyone knows that.  Prov v CU games are always “interesting” and Coach Cooley has the edge in victories.  However, we had won the opening (home) game vs the Friars with gritty play back on Jan. 18th.

Going into the game on Wednesday all 3 league leaders were facing tough opponents on the road.  The Hall @ Georgetown, Nova @ Butler, and CU @ Providence.  At the least Creighton needed the win to keep pace with the leaders and to hold Marquette, Butler, and Providence at bay in 4th.  As it turned out, Villanova (playing 20-30 minutes earlier) lost on a buzzer beater to Butler, opening the door for CU to rise into a tie for 2nd place.  Opportunity knocks.

Creighton has had two 2-game road swings in conference play.  January 11th-15th and Feb. 1st-5th.  In both road trips CU won the 1st game and lost the 2nd.  Some of the faithful thought staying on the road was not a good take.  IMHO I thought it was a great move by Coach Mac to maintain team focus and intensity.  No, we didn’t win both games either trip, but it sent a message to the team that the trip was business first.

Focus and intensity are good things.  When coupled with individual and team hunger and a fire in their hearts, these factors can overcome huge odds.  Creighton appears to be playing in an complacent mode.  Win enough to stay in the upper conference tier, well enough to make the Top 25, well enough to stay in the NCAA conversation.  Where’s the HUNGER?  Where’s the HEART?  Where’s the FIRE?  Every game is important!  This ain’t the YMCA or our neighborhood park (although I want to win those games as well.).  It’s not enough to be a perennial 3rd place team.  It’s not enough to just “make the dance”.  The Jays have the opportunity to win the BE this season…that’s one of our goals.  Do it! 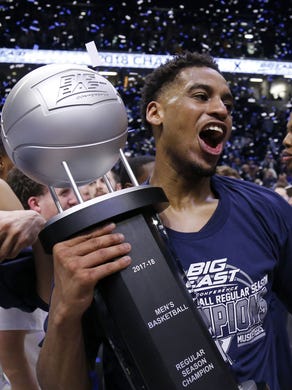 We’ve got 5 guys playing regularly- Ty, Mitch, Marcus, Damien, and Denzel, who have the ability to take over a game.  Ty and Mitch come 1st as they are the highly ranked recruits and 3 year mainstays of this team.   Marcus plays hard, wants to be the “go to” guy, and gives 110%.  Damien and Denzel are transfers, but no less capable than the other 3 mentioned.

Guys commit to CU or transfer in to play on the big stage.  They come to compete in a major conference, the Big East.  They come to be on tv, to become household names, to become All Big East & All Americans, and possibly to become pros.  At Creighton and in the Big East there is the possibility for capturing some glory as well.  However, nothing is given…players have to earn fame, stardom, and glory.  It’s not handed out with your uni and shoes.  You’ve got to want it badly and you’ve got to put in the blood, sweat, and tears – earn it.  SOMEBODY has to step up to the plate!

Teams have been gameplanning against Ty and Marcus.  Prov gameplanned against the 3pter and Marcus.  Marcus and Denzel were held in check, one or more of the other 3 have to step up their game.  If the opponent takes away your favorite move, shot, play – show something else, something new.  Take away my 3 ball – go to my midrange game or take it to the rack.  Take away my drive – kick the rock out to the open man.  Turn the opponent over and go for the layup, and so forth.  The opponent disrupts the gameplan…give them something else.

Laker’s Kobe Bryant ,24, celebrates a three pointer in the fourth quarter as the Lakers beat the Nuggets 122-107 during a first round playoff basketball game between the Denver Nuggets and the Los Angeles Lakers April 23. 2008 at Staples Center in Los Angeles.

Some pundits have the Jays finishing 7-2 over the final stretch run.  I’d prefer a 9-0 (now 8-1) Creighton Run to close out the regular season on a roll.

If so, Creighton can win the Big East, in convincing fashion.  If not, the perennial 3rd or 4th place awaits with our name on it.  Needless to say, gimmee the Champeenship! 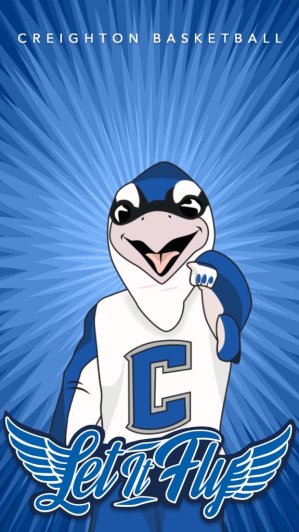