Omaha’s Own
Was it Matt Hill or back in the day
to Mike McGee?
Exercise your common sense.  Rankings, the BCS,
and the Big East come and go.
Do the Right Thing! 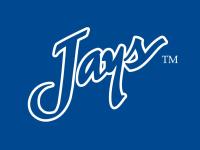 Good Morning Mr. Agau.  Should you decide to undertake this mission the following will apply.
1)  Should you go BCS.  Take an offer from the highest profile school(s) that offer.  You will have excellent high visibility from the media, from pro scouts, and thanks to mucho television, from a national fanbase.
2)  BCS schools offer excellent landgrant educations, and the private BCSer’s also offer a quality product.
3)  BCS schools offer the best chance to go pro.
4)  Unless you choose Nebraska, Mizzou, or Kansas…it is a long swim back home…and your folks will not see many of your games.
Remember Matt Hill?  Matt decided to go BCS, to the U of Texas.  He became one of many 3 to 4 star recruits that year to sign with the Longhorns.  Unfortunately a Maryland recruit named Kevin Durant also signed that year.  Matt got lost in the mix…and rode pine.
Durant went 1 and done…however UT signed additional 4 and 5 star recruits the following year…Matt continued to warm the bench, with an occasional minute or so in blowout games.
To his credit Matt Hill graduated, but never got a glimpse to reach his playing potentials at the BCS level.  Too many good to great players flooding through the system, and it really is surprising that he was never requested to leave to make room for incoming guys (as is done at many BCS schools – UConn, S’Cuse, Louisville, UK, KU, others).
Actually, the last truly successful guy from Omaha, who went BCS, was Kerry Trotter (Cr Prep), who went to Marquette back in the late 70’s or early 80’s.
His graduating Sr. competitor was Ron Kellogg (Om North) who went to KU, but was not a blinding success there.  The aforementioned Mike McGee (Om North) was merely okay at U of Michigan in the early 80’s.
All of the above is to say this.  The most successful Omaha hoopsters stayed at home…and became Creighton Bluejays. There were a couple of exceptions, of course (a couple of kids played at Utah State, Omaha University, and of course…Fred Hare at Nebraska.).
The items listed in numbers 1-4 above are not exclusive to BCSer’s.  Creighton has everything the BCSer’s have, except large numbers of students.
The media will be here in Omaha…and continue to be here when you and the 2013er’s come aboard.  We’ve got an excellent basketball program, an exciting uptempo style of play, and good players.  You will fit in well…and in time will become the star.  Winning always attracts media attention.  Being ranked always attracts media attention.  Now there is a high probability of significant NCAA Runs in March (and I want my NCAA National Championship by the 2016 Creighton Basketball Centennial celebrations!).
Academically, Creighton is the Best university in the entire Midwest, and #1 in its’ category nationally (Princeton Review and US News and World Report mags).  Academically it doesn’t get better than at CU.
Rodney Buford, Kyle Korver, and Anthony Tolliver are recent CU grads in the pro game.  Others are playing overseas (Kenny Lawson, Booker Woodfox, Nate Funk).  Both Gregory Echenique and Doug McDermott will probably go pro after this season.  If a player is good enough, the pros will know about him, find him, and sign him.  We see it every day – a player from a mid major makes good in the pros.  nuff said.
Lastly, and most importantly… Omaha has one of the highest Sudanese populations in the country.  It is good for ordinary folk to see one of their own kids do well, do very well…not just see blurbs on the television or read about it in the WH.  Stay and play locally.  So your parents, relatives, friends, former classmates, and the greater Omaha community can all participate in it.
We will all enjoy watching your growth and development…watch you help lead the Jays to several championships on the conference and national levels. 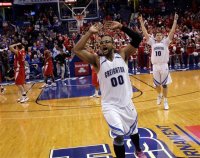 Should you decide to accept this challenge, this mission, Mr Agau, the Secretary will disavow all knowledge of this mission. Except to say 2 things…
(AKOY IS A JAY!)    and
(Welcome Home Akoy…You’ve made a Great choice in becoming a Creighton Bluejay!)
As Ossie Davis (as the old street bum) told Spike Lee in the movie:
“Do the Right Thing!”
Be a Creighton Bluejay Akoy Agau, do the right thing!
love ya,
gtmoBlue 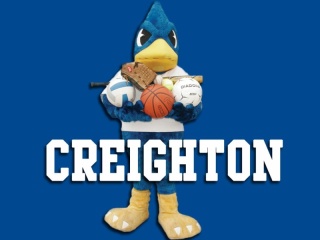