Boy oh boy, just where has the summer gone?  Seems like yesterday that we finished March madness.  Here it is September already, with the students back on campus, recruiting is in full swing, and just waiting for the weather to change to Fall.

Updates:  Television.  All but 3 or 4 games will be televised, the overwhelming majority on national tv via Fox and CBS.  Wow.
1) Fox Sports 1.  Published their slate of televised College hoops, including the Big East, Big12, and PAC12.  The network has entered into an agreement with CBS to farm out a small packet of games beginning this season.
http://msn.foxsports.com/collegebasketball/story/complete-2013-college-basketball-on-FOX-TV-schedule-FOX-Sports-1-FSN-090513?utm_medium=referral&utm_source=t.co
2)  CU Athletics posted their full Hoops schedule.
https://www.nmnathletics.com//pdf9/2532305.pdf?ATCLID=209251055&SPSID=89381&SPID=69&DB_LANG=C&DB_OEM_ID=1000 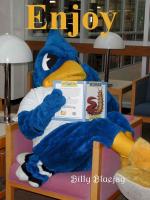 3) The staff at the White and Blue Review are to be commended.  They are doing an excellent job of comprehensive coverage of all things Jays Sports.  Kudos to Polyfro & Company for outstanding work.

They recently posted a comprehensive listing of all BE hoops (non-conf and conf) on television.
http://whiteandbluereview.com/?page_id=293#tv
and a breakout of this year’s schedule to boot…
http://whiteandbluereview.com/?p=25737
WBR also has a list of BE related online sites.
http://whiteandbluereview.com/?p=24888
Another new BE site recently started – College Sports Nation, Big East BBS .  It is on the WBR listing.
http://csnbbs.com/forumdisplay.php?fid=612
Play for the Garden, Holyland of Hoops, and the Big East Basketball Report are also on their list.
4) Add another BE blog over on Basketball Forum –
http://www.basketballforum.com/big-east-conference/
…and don’t forget the new Jays blog:  http://www.tenthstreetblues.com
5) The FoxSports Creighton Page is alive, albeit without new articles…
http://msn.foxsports.com/collegebasketball/team/creighton-bluejays-basketball/71751?q=creighton-bluejays-basketball

There is talk afoot in the Creighton camp for Fox Sports to push for an BE-PAC12 Challenge.  Fox has contracts with the Big12 and PAC12, so there is a leverage point for Fox to wheel and deal with clients within their tv family.  I look for such a “challenge” package to materialize for 2014.
Jays Soccer is ranked #2 in the Country this week and off to a great start.
Jays Women’s Soccer is also off to a good start.
Jays Volleyball is Ranked #13 this week. 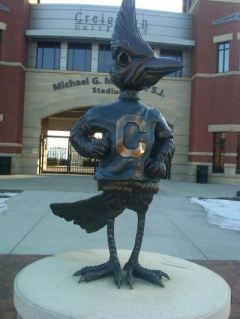 Recruiting:
We lost a few for 2014, but still in the hunt for several ranked recruits and others.
Missed (alphabetically)
PGs- Benson, Cohen, Nairn, Perkins, Wright
SGs- Babb
SFs- Harris, Larrier, Law, Logwood, Nickens
PFs- Schlatter, Travis
Ctr-  Turner
Active (by rank)
PGs- Riley LaChance, Bryant McIntosh, Marcus Bartley, Lamonte Bearden (Scout), Andre Wallace (Scout), Ty Taylor, Jarvis Garrett, Juco Jeff Newberry, Juco Joe Thomasson.
SGs- JP Macura, James Demery.
SFs- Leon Gilmore, Josh Cunningham, Joe Burton, Ronnie Harrell, Kelan Martin (Scout)
PFs- Peyton Aldridge, Tory Miller (Scout)
– Jays are supposedly in good standing with LaChance, Bartley, Macura, Demery, Gilmore, Harrell, and Aldridge. We shall see what unfolds.  In any event the recruits above are very talented, many are athletic, and most have good BB “IQs”.  This group will contribute to a very good 2014 recruiting class.
– Creighton basketball coaches are continuing to “beat the bushes” and have shown interest in a few more prospects as the summer progressed.  Also some verbally committed recruits continue to re-open their recruitment, so the landscape is still flush with prospects.  It should be noted however, that the tempo of verbal commits picked up in August and continues to do so.
Predictions for the upcoming season:
Ordinarily, I would toss out some wildly optimistic, over-the-top, outrageous predictions for our Jays. However, this season is vastly differing from seasons past.  The Creighton Jays are entering a Brave New World of bigtime college hoops.  No MVC, no Saluki’s or Shockers, no comfort zone (MVC conference schedule) to fall back on.  All or nearly all of their games will be televised nationally on Fox and other networks, a new conference with their Catholic brethren (and Butler), logging many more airline credits than Steve Fossett or Richard Branson.  It gives one cause for pause.  Fortunately this years’ Bluejays are a seasoned group, veteran packed, Senior led team.

Allow me to dampen my expectations with a bit of reason and reality.  Additional pause…for prayer.

Well, with that out of the way…on to my predictions.
Jays will top the 30 win (single season) plateau for the 1st time in their history.
–  Win the Wooden Legacy event in November 2013.
–  Jays 12-1 in the non-conference portion of the season.
–  Jays 15-3 in the BE conference season… no home losses.
–  Creighton wins the BE Regular Season title.
–  Regular Season record:  27-4.
Jays 2-1 in the BE Tourney.  Lose in the Championship game.
–  Record:  29-5 heading into the NCAA Tourney. 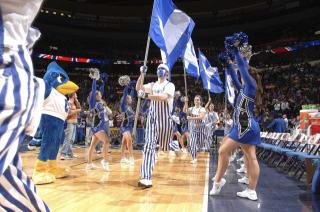 There you have it.  gtmo’s modest predictions for 2013-14 Creighton Bluejays Basketball. 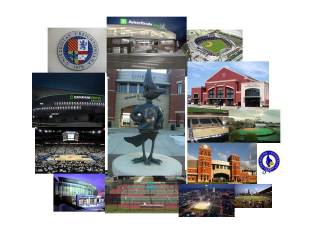 Note for newcomers to this site:
Yes, of course I am a homer, you fools.  This is a Creighton fansite after all.  The predictions made above are the standard protocol here, + or – a standard deviation of 2.5%.  I’ve been doing this for many a year, whether on this site or others.  There is proven madness to the method.