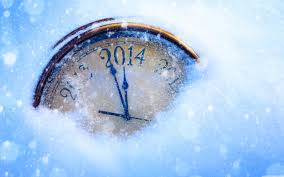 A Happy New Year – Feliz Ano Nueva, to Bluejays everywhere.
A new league and a new year for our Jays.  Great times on the Hilltop and wherever Jays fans may be.  All the Best in 2014.
CNN link-New Years Photo Gallery: http://www.cnn.com/2013/12/31/world/gallery/new-years-2014/
The prelims have concluded and the Bluejays passed the Bar.  A couple of hiccups at the Wooden Legacy, but overall a pretty good showing for the non-conference portion of the schedule.  I had guessed only one loss coming into the conference season, but no one is perfect.
In the waning hours of the old year and entering into 2014, Creighton kicked off the celebrating with a commanding victory in their inaugural tilt in the Big East.  The Jays handled the Warriors/GEs of Marquette 67-49 to start the New Year off in grand fashion. http://collegebasketballtalk.nbcsports.com/2014/01/01/defense-three-point-shooting-result-in-a-solid-big-east-debut-for-creighton/
http://collegebasketballtalk.nbcsports.com/2014/01/01/creighton-fans-force-turnover-with-sweet-caroline-chorus-video/
In passing this initial exam, the Hilltoppers displayed their improved defensive capabilities along with continued shooting prowess.  Albeit lower per game shooting percentages against MUs defense, the Bluejays shot well enough, when coupled with their good defensive play, to win in convincing fashion.
The Big East is officially put on notice – Creighton is a team to be reckoned with this season.

Photo:  Courtesy of CU Athletics
The Jays are chasing Villanova to begin the conference race.  The next five games provide an ample setup for a potential showdown at the Wells Fargo Center in Philly, on 20 Jan 2014.  Upcoming tilts with bottom dwellers Seton Hall and DePaul, followed by games with fellow newcomers Xavier and Butler.  Lastly a visit to a promising Providence Friars squad on the 18th will set the tone for a potential landmark battle in Philadelphia.
http://www.gocreighton.com/SportSelect.dbml?&DB_OEM_ID=1000&SPID=69&SPSID=89385
While no game in the conference is a given, the efficient offensive firepower and improved defensive prowess of Creighton give ample reasons for optimism by the faithful.
And so it begins…   Another year, another conference race, another reach for the brass ring, another quest for a Championship, another shot at Glory!  Ahh Glory…unpredictable, fickle, and sublime.
Here’s to Faith, Glory, and the success of the Creighton Bluejays…Cheers!  Happy New Year.
gtmoBlue