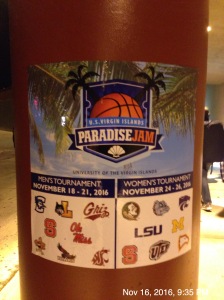 Creighton had rolled through the 1st two rounds of the Paradise Jam, here in St. Thomas, USVI.  Many were assuming that trend would continue.  The University of Mississippi Rebels had other ideas.

Coach Andy Kennedy and his team aggressively rebounded the defensive glass and played hard nosed defense in slowing the pace of the game.  They added to the issue with both Rasheed Brooks (16) and Deondre Burton (11) getting hot early.  The Rebels led in 2nd chance points by a margin of 17-4 and rebounds by 26-11.

Creighton was hitting treys, but was only 7of 23 from 2pt land.  Fortunately the Jays didn’t panic and Marcus kept the score managible by scoring 15 points in the half.  The Jays closed to 46-40 at the half.

The Jays played better defensively after the break, and a good spurt from 16:30 to 13:35 closed the gap back to five points.  A 2nd spurt from 12:40 to 8:40 and CU took the lead at 70-68.  Toby had three big 3pters in this stretch including the shot for the lead.  After 2 following ties, Khyri nailed the door on the Rebels with a traditional 3 pt play, a 3pter, and FTs to allow the Jays to pull away at the end.  Final score CU 86-77 over Mississippi.

Win the games you’re supposed to win, and steal a few you’re not supposed to win.  Creighton found the heart, resolve, and determination to weather a early bad shooting spell and an aggressive and encouraged opponent, to tough out the win. Games such as this – grinding while not playing our A-game, are character builders.  Every opponent this season will be giving the Jays their best shot – bidding for the upset.  Creighton passed this 1st test with an A…there will be other tests along the way. 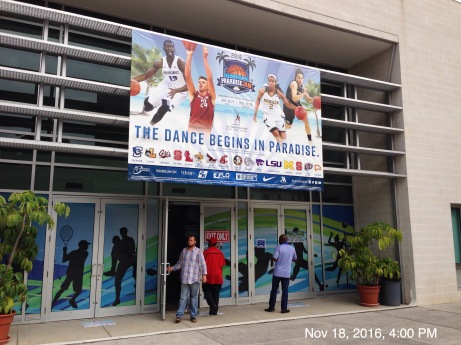 Marcus was PJ MVP.   Cole made the PJ All Tourney Team