Biggest turnover I can remember in recent times!

Spring time.  Trees have budded, and the cherry trees are already in blossom.  Springtime…time for love.  Time for fresh plans.  Time to recruit freshman and transfers.

I can’t remember a recent turnover more significant than this years’.  Heading out the door are significant players with remaining eligibility.  Davion Mintz, Jalen Windham, and Ty-Shon Alexander.  Kelvin Jones also leaves after depleting his college eligibility.  This Creighton team is deep, so these departures do not deplete the squad, but definitely put a damper on the current prognostications.

The Jays finished the season #7 Nationally and the great percentage of preseason posts for 2020-21 had Creighton in the Top 5 to begin next season.  Would have been a record for CU to be a preseason Top 10 team.

There has been much previous speculation as to whether Davion would leave.  Many seemingly were encouraging such a move as they speculated that Davion would see little, if any, playing time as the team is currently configured.  Most assumed he would return to North Carolina and commit to either a low-end ACC team or a regional mid-major.  Mintz confirmed said rumors by announcing that he was graduate transferring on 03Apr20.  He quickly committed to Kentucky on 10 Apr20 after their offer.

Welcome home, @Gohamjdub! Thrilled to have former Ben Davis sharpshooter Jalen Windham in the fold. The 2019 Indiana All-Star spent his freshman year with the No. 7 team in the country. Now he’ll be filling up buckets in Worthen Arena! #ChirpChirp | #WeFly
Show this thread 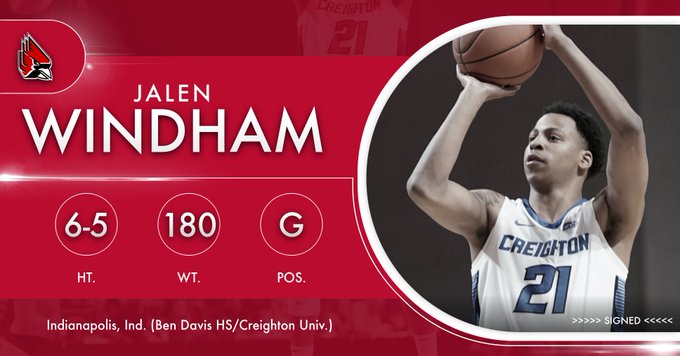 Here’s the surprise.  Ty-Shon Alexander, the teams’ leading player, announces on 10APR20 that he is going to the NBA Draft.  Potentially intends to stay in the draft.  Some had expected him (and others) to “test the waters” of the draft, but return for his senior season.  With the team expected to be a Top 10 team…it was a no-brainer.  Surprise! 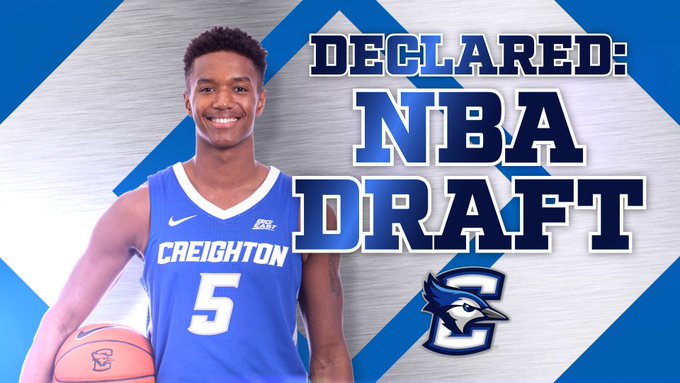 I am happy for all 3 of our guys.  Davion and Jalen were not projected by the Bluejay faithful pundits, to see much, if any playing time this coming season.  They transferred so they can get a shot at another school.  Good for them.  Ty has the opportunity to return, should he so desire, as he has not yet signed an agent.  He’s old at 21 (22 this summer).  Perhaps he and his family are thinking now or never?  The 2021 NBA Draft will be full of 17-18 y/o’s with potential.
We went from being deep to short at the SG in a week.  I am not concerned as the team brings back a wealth of talent.  Add in the return to health of Jacob Epperson, the addition of Antwann Jones, Ryan Kalkbrenner, Sami Osmani, and sit out transfer Alex O’Connell.  Osmani has size (6-5), deceptive athleticism, and is a shooter.  I expect him to earn a scholie.  Creighton will be fine.
Furthermore, the Jays now have 3 scholarships available.  They are all in on 2020 SG Kerwin Walton and several transfer players.  It is also noted that we are in great shape on 2021 recruits such as Top 30 SG Hunter Sallis (Omaha), PG Tamar Bates (KCMO), and several others.
It should be noted that Creighton will drop a bit in the preseason polls.  NBC’s ol’ Rob Dauster jumped the gun and dropped the Jays from 4th to 19th in one fell swoop!  He’s a wuss anyways, so who gives a rat’s behind what Dauster thinks.
PS:  White and Blue Review…https://whiteandbluereview.com/tag/creightons-greatest-teams-1998-99/
is doing a “Creighton’s Greatest Teams” feature on the 1998-99 Jays.  Altmann’s 1st NCAA squad on the Hilltop.  A really well done feature in several parts.  Definitely a “Must Read” for all Jays fans.
See ya…  Roll Damn Jays!